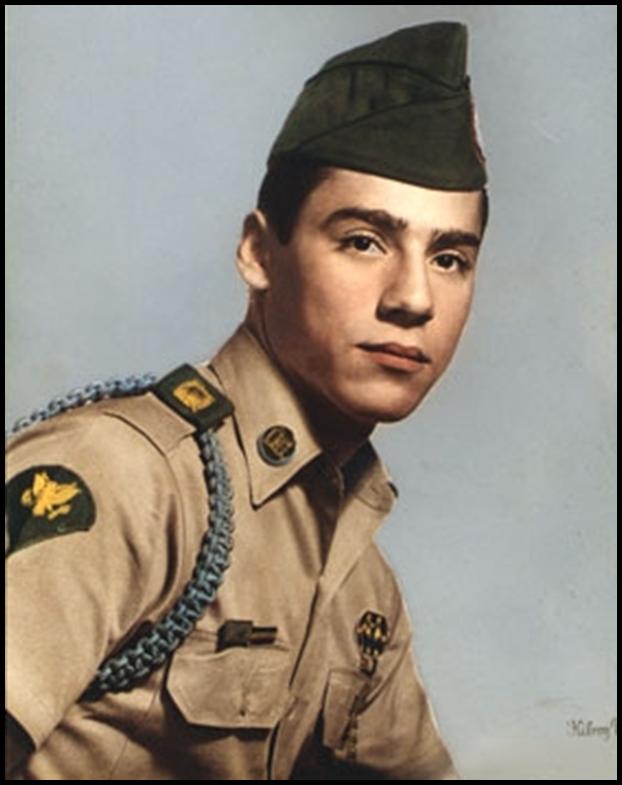 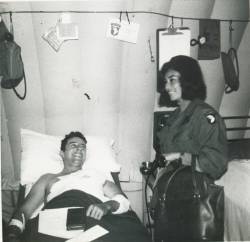 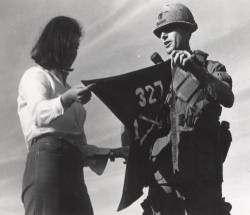 ASA began its work in 1967 when Sergeant Joe Artavia wrote his big sister from Vietnam asking her to do something to help raise the morale of his unit.  Linda Patterson, as a young woman living in San Mateo, California, convinced her hometown to "adopt" her brother Joe's unit in Vietnam.  Believing that the individual soldiers charged with fighting an unpopular war desperately needed to feel the interest and concern of communities back home, San Mateo agreed to Linda's request.  As a result, the morale of Joe's fellow soldiers was, in Joe's own words, “raised as high as the clouds."  Tragically, Joe who was just nineteen, was killed in a firefight trying to aid a fallen trooper three weeks after the adoption took place.  To this day the men in his unit gratefully remember him and Linda each time they look at a cherished medallion that reads, "City of San Mateo, Adopted Son."  After Joe's death, Linda traveled to Vietnam to personally deliver the medallions San Mateo had issued in honor of Joe and the men in his unit.  Many of the men carry those medallions to this day.

Having geared up the adoption program again during Desert Storm and now for a third time in the wake of September 11th, ASA has facilitated the adoption of many units by towns and cities across the country.  Through these adoptions, both soldiers and civilians are discovering the unique and crucial link that exists between the men and women of our Armed Services and the American citizens they are charged to protect.  In times of both war and peace, this strong connection has proved dynamically and richly rewarding to all involved.  ASA has, over the years, learned that the greatest benefit is gained when the adoption remains active whether the unit is at home or deployed abroad.  There are many ways the two can demonstrate their care and patriotism towards one another.  For example, when units are home, they have visited with the community, participating in a variety of events and activities.  Traditionally, units deployed abroad count on letters and care packages from adoptive cities to boost morale and help them feel connected to home.

The centerpiece of ASA's work is the Adopt-A-Unit Program. Believing that a strong, supportive connection between young men and women of our armed forces and the civilian communities they are ready and willing to serve is crucial to morale, ASA has committed itself to building and strengthening this link.

By coordinating with both civic and community groups, ASA facilitates "adoptions" between towns, cities, or counties and individual military units throughout the country.  We work with all branches of the armed forces, including the National Guard, establishing adoptions between communities and units already interested in forming a partnership and between communities and units that have no previous connection with each other.  In some cases, a city is already "home" to a particular unit, and the municipality and unit may want to solidify this relationship in unique, personally meaningful ways.  In other cases, a city or town wants to establish a strong, supportive connection with soldiers, sailors, airmen, or Marines in a unit not already affiliated with the community involved.   Both these situations result in rewarding, successful adoptions that are beneficial to everyone involved.

The ASA Foster-A-Unit Program provides the opportunity for business and organizations not involved in the Adopt-a-Unit Program to support the morale of troops serving in military units both at home and overseas while they wait for adoption through the ASA Adopt-a-Unit Program.  A business, community group, or school group not involved with local adoption activities, can foster a military unit by sending one or two rounds of letters and/or care packages to troops who are serving in harms way.

ASA encourages adoptive communities to use their adoption programs to expand young people's understanding of America's role in global affairs, of the role the military plays in the American political system, and of the experience of American servicemen and women. With this in mind, YCAP enables teachers to use their community's participation in the Adopt-a-Unit Program to enrich their curriculums and to add new dimensions to the learning that goes on in their classrooms.