This page is dedicated to welcoming home our returning heroes! As our adopted troops return to the states let's show our gratitude for their selfless service to our country. Check below for homecoming news and events celebrating our young men and women. 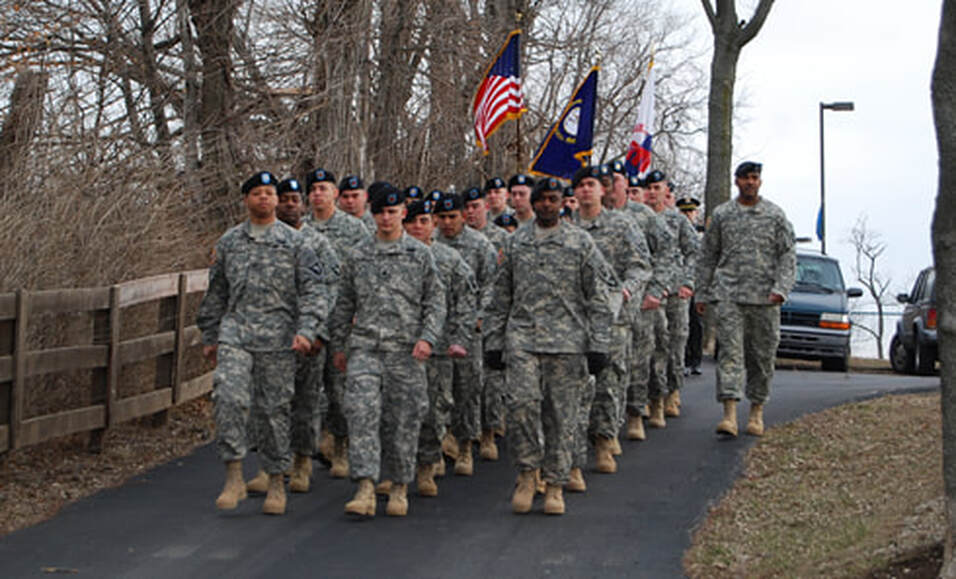 One of the events is a formal dinner, called the Gertsch Dining-Out, where members of the Division and civilian supporters are able to intermingle for a night of mutual appreciation. This 1000 person dinner is paid for strictly by ticket sales that participants must pay out of pocket. Ticket cost are typically about $30 per ticket. This cost can be difficult on any soldier, but especially junior soldiers who would like to attend.

If your city would like to sponsor soldier attendance, please send a check or money order to the Gertsch Dining-Out point of contact and ASA board member, Mr. Brent Holman, who will ensure your adopted unit is represented at this gala event.
​
Make checks payable to:
2009 Gertsch Dining-Out. In the memo section, write the unit you are supporting. If funds raised for a specific unit exceed that units ticket allocation, excess funds will be placed in a general fund to support other soldiers to attend the dinner.

Fort Mitchell, KY - Support Our Troops weekend was Oct. 23-25th. We had 22 members of our returning adopted unit, Bravo Co. 2-504 including 6 wives came to visit us. Also attending was the Mother and two siblings of SSG Kyle Dayton, an officer that was killed in the line of duty in Iraq this past year.
View the event coverage:

SAN MATEO — For any soldier deployed overseas, words or gifts from home bring much needed joy.
But nothing is sweeter for these soldiers than returning to American soil, and the city of San Mateo is arranging a special welcome for the men of the city's adopted unit, Alpha Company, a portion of the Army's famous 101st Airborne Division. Full Article...